Conclusions of the Collaborative Council meetings – restoration, education and tourism

Wells, ponds, watering places, dry stone walls, goat trails, roads, bee pastures, archeological sites, grasslands, plant habitats - these are just some of the potentials of the area covered by the Dinara back to LIFE project, which were mentioned by the stakeholders. Potential for this and future projects. 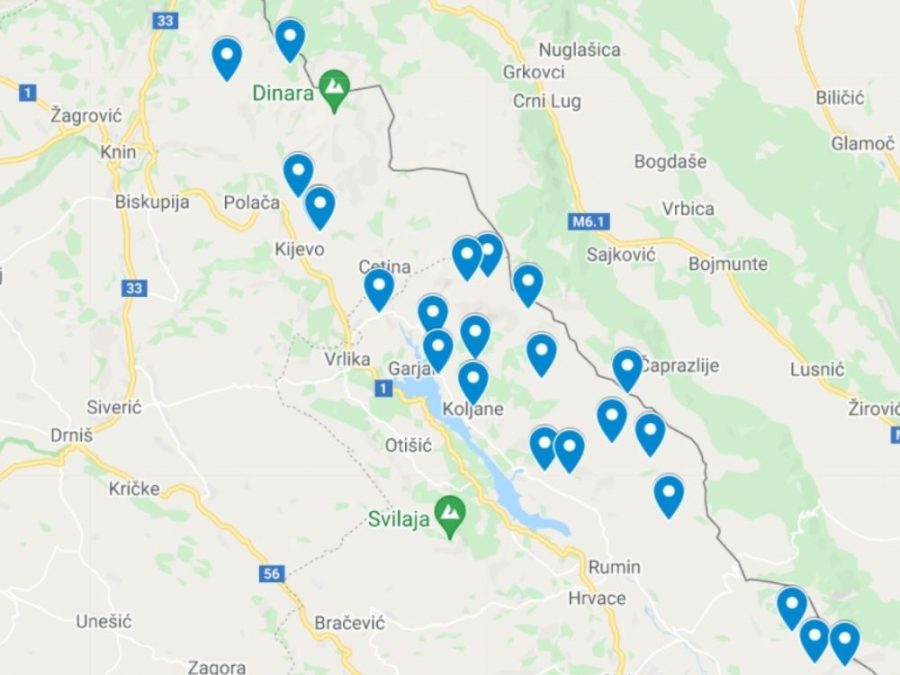 About 50 participants of the Collaborative Council held in June in Vrlika and Sinj presented a series of proposals for possible restoration, educational and tourist activities that could be implemented within the Dinara back to LIFE project, but also in parallel with it. There are many wells, ponds and watering places waiting to be cleaned, collapsed dry stone walls and roads that need to be rebuilt, hiking trails that can be enriched with additional content, great potential of beekeeping in this area – from food and trails to treatment, tourist educational trails about lawns, other plants and birds in this area, as well as many other content that this area hides.

Wells and dry stone walls near Vrlika are awaiting reconstruction

Stakeholders pointed out the need to clean the lawn of juniper (Juniperus oxycedrus) in Ježevičko suhopolje and Kijevsko suhopolje, while in Koljani there are several goat trails that were once be used by machines, but they collapsed and need restoration. At Koljani there are also dry stone walls waiting to be rebuilt, while at Budiše in Garjak there are goat roads that need to be cleaned. The walls also need to be repaired in the Kijevo area near the Ćulum Cave.

In the area of ​​Vrlika and Kijevo, there are four interesting wells / ponds, of which Krivodol near Ćulum’s Cave is on the state land and should be restored. There are also Čatrnja, Romića lokva – which was once the largest, and Mašeluša.

The potential of beekeeping

Beekeepers from the Vrlika area who are hobby beekeepers and are not dedicated to this work pose a problem to the beekeepers’ association because such a hobby approach increases the risk of disease occurrence and spread, as pointed out at the training workshop at the Cooperation Council in Vrlika. Beekeepers from the area of ​​Vrlika and Kijevo participated, including the Beekeeping Society of Dinara Vrlika, which has 43 members and 2,200 hives. The beekeepers’ association has the biggest problem in honey production, while there are no difficulties with distribution.

Emphasis was placed on the project of mating queens and the construction of a station for mating queens in the naturally isolated site of Bračev dolac, which existed as a project 40 years ago. The need for product diversification was also emphasized – pollen, honey with additives, packaging and boxes, syrups and liqueurs, as well as an example of an innovative method of treatment in Skradin as well as in Slovenia – inhalation chambers with air from the hives. A proposal was made to connect local beekeepers with tourist guides, so that tourists could visit producers, for which it would be necessary to educate the tourism sector about bee products, producers and sales locations. On the Red Beams area (Crvene grede), there is a need for restoration that would be beneficial to beekeepers because juniper has taken over most of the lawn and prevents the development of sage, which reduces grazing for bees.

Beekeepers point out the great pressure on the existing water sources in the area, especially in the Crvene grede area. According to them, the area has exceptional potential due to indigenous medicinal plants such as white sage, honeysuckle and flour. As an idea for the further development of local beekeeping, they point out the honey road following the example of Slovenian colleagues. Various agricultural potentials of this area were also presented, such as the exploitation of the medicinal plant „štir“ and mushroom picking.

A major problem of the project area is the lack of capacity of tourist and mountaineering guides in the Dinara area, as pointed out at the workshop on tourism in Vrlika. However, the area has a huge tourist potential – the peak zone of the Dinara, Troglav and Kamešnica mountains is an exceptional mountaineering and tourist potential as the highest mountain range in Croatia and the preserved nature of karst and mountain meadows. For these needs, there are currently hiking trails and mountain houses and shelters. The lower zone of these mountains also abounds in possibilities – the abandoned village of Čubrice east of Ježević hides the remains of abandoned houses. Even further in the past, an Illyrian hillfort hid on Kosorska Glavica above the Dubin spring. An interesting tourist location is the isolated Bračev Dolac, which is currently reached by a bad road.

The wells on Vrdovo have been renovated, but in the Sinj area there are a number of locations where there is a possibility to retain water. One of them is the Goveđa kosa well above Baćev dolac, which is in the recent plan of the GSS, mountaineers and firefighters for cleaning and landscaping. The long-known Marin well (Marin bunar) above Crvene grede, to which the hiking trail leads, also needs to be cleaned, as well as Marun well, a pond in Vučipolje used by local cattle breeders. There are wells, of course, elsewhere, and one of them is Čatrnja on Kamešnica between Gljevo and Glavaš, next to which also passes an attractive circular hiking trail. From the trails and dry stone walls, from Rakanovac in Vučipolje to Vrdovo, there are two goat trails that need to be cleaned, and in cooperation with mountaineers they could be cleaned and marked. Dry stone wall towards the mountain house st. Jakov has been recognized as a potential for reconstruction, while in Domjanovići there are dry stone walls along the goat paths that have collapsed and need to be restored to their original condition.

The people of Sinj want to know more

The workshop on educational potentials recognized the need to educate the general population about the natural values ​​of the local area because apart from mountaineering schools there are not many opportunities for the local population to get acquainted with the values ​​of nature and thus motivate and make them more committed to its preservation.

The possibility of implementing educational content among the adult population from this area was especially emphasized, especially education on medicinal herbs and their use, and on the use of plants in cosmetics. The need for education to focus on the local environment has been recognized, ie to present to the public what is important or what is protected in the local area. The importance of educating children of the kindergarten age, as the most desirable age for the adoption of awareness of nature conservation, was recognized. As an example of good practice, a kindergarten in the forest is mentioned, ie a program for kindergartens in which children are either taken out into nature or content found in nature, such as plants, fruits, etc., is brought and presented to them.

In the field of livestock, beekeeping and rural development, the participants in the discussion agree that local producers do not use the full potential, and that they are not aware of the interest that exists in the local area and products. It was therefore suggested that through trainings local producers be presented with the overall content that motivates people to come, data on the number of these visitors, and examples of good practice in how in other family farms producers place their products to visitors. On the other hand, even visitors do not have the clearest idea of ​​the offer that exists, because they have nowhere to find information. It was also assumed that it would be useful for local producers to organize education on what the Dinara Nature Park brings for them.

The educational grassland trail, which would teach about project species of grasslands and birds, as well as other flora and fauna of the Dinara, was the main topic of discussion of the workshop on tourism at the Collaborative Council. As the greatest potential, a path “emerged” that would go through Vrdovo, from the east side, below Kodžoman’s umac from the end of the asphalt road to Vrdovo to the mountain house of St. Jakov in the northwest of Vrdovo and then back, but with another variant over Vrdovo to visit several points, therefore – a circular path. The trail is suitable for hikers because it is easy since there are no climbs, and the habitat is of project types, and controlled ignition was also carried out in the area. An addition to this trail would be the trail Vučipolje – St. Jakov mountian house, which is more of a trail for hikers because it is an ascent with a height difference of 600 meters. Another possibility is a trail that would include Donja Korita and Gornja Korita on Kamešnica. The third proposal of the trail is the west of the Dinara, from Marko’s grave to Brezovac, interesting as a grassland habitat. It is necessary to determine the target group for this content in advance so that the trail would not be without visitors. Travel agencies will express their interest in the trail, while tourist and mountain guides will express their interest in coming to Biom’s educational workshop.

Check out the map including all the above mentioned sites below: