Controlled burning: The first restoration activity of the project implemented 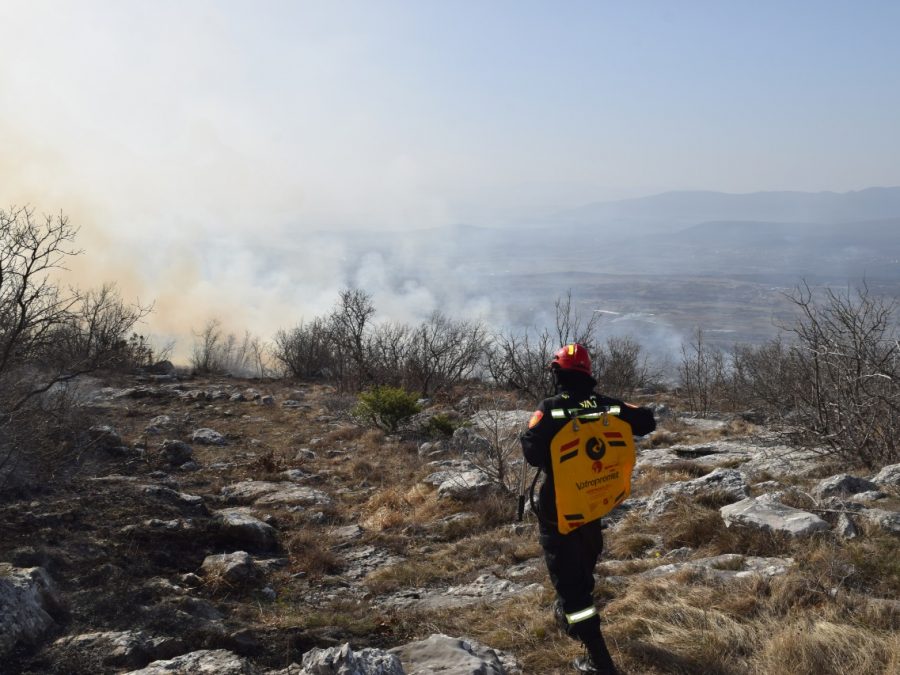 At the end of February our team implemented the first restoration activity at the project site. Controlled burning was performed on 6 hectares of overgrown grasslands at Dinara mountain.

Restoration activities of “Dinara back to LIFE” project are scheduled to start in the second year of implementation. First such activity, controlled burning, was performed at the end of the last week. Since it is an activity which has to be implemented in the cold period of the year, it was selected as the first one. The goal of controlled burning is to use it to remove unwanted wooden vegetation which is overtaking the grasslands.

In the beginning of February the project team published an article “13 questions about controlled burning”, as an announcement of the activity for the local community, answers for frequently asked questions, and open invitation for the community to further inform about the activity.

The weather conditions at the end of February were favorable for our activity, which was implemented 26.2. With coordination from the local  firefighting unit and help from our volunteers, we managed to restore 6 hectares of overgrown grasslands. This experience was highly valuable for our team, as we plan to restore at least 100 hectares of overgrown grasslands by the end of the project. Implementation was also a testing activity for our team, as we learned about administrative and logistic requirements of the activity, which will help our work later on.

Controlled burning is a method we use to increase the quality of habitat for key species. In this case in Dinara mountain, it is used to improve the quality of habitat for Emberiza hortulana. This species often uses grasslands which were burned in previous years, and it’s habitat is endangered with overgrowing. The goal of our activity is to create favorable conditions for Emberiza hortulana on a larger surface, which will hopefully lead to an increase of it’s numbers.

Control and safety of the activity was guaranteed by the Public firefighting unit and 5 local firefighters. We would like to use this opportunity to express our gratitude once again for all of their advices and professionalism, and give a big thank you to our volunteers for supporting us and investing their energy, emotion and free time into nature conservation.

Don’t miss to check our photo gallery below with photos from the activity.