Monitoring the effects of controlled burning – positive for grasslands, plants, and bees

The traditional method of habitat control has come under test. Last winter, six hectares of grassland with scattered bushes and trees on Vrdovo were burned in a prescribed burn. Five months later, we checked the effects. And – they're promising! 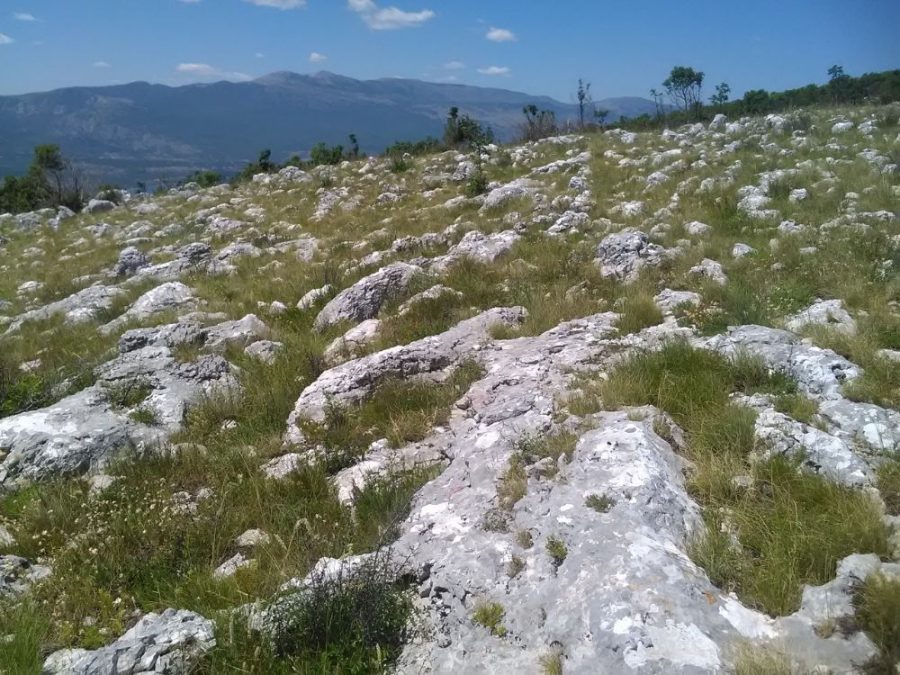 Finally, the time has come to monitor the effects of controlled burning on the selected surface on Vrdovo plateau. We pre-determined our check points, in order to avoid bias in our research, and we proceeded to check the condition of the burned area as well as the difference between that and the adjacent area that we did not burn in a prescribed burn. The important elements of this research were what impact the fire had on woody plants, ie whether there was any impact at all.

For woody species, we found that the effect on shrubby plants such as Rhamnus intermedius and Prunus mahaleb was significant and that the most of the aboveground stems burned, but we also noticed that a large number continued to regenerate from the stump or root. The impact on low woody flowering plants important for bees and other insects, such as various species of Satureja, Genista and Teucrium, was very small and even those that were significantly damaged, had been recovering normally. Also, as space was opened for them to grow due to the burned bushes, they spread more than on the unburned plot we used as a control plot.

Herbaceous plants such as various species of Carex, Sesleria, Stipa or Koeleria are mostly regenerating normally even if a part of the sod has burned. Numerous flowering species such as Globularia, Eryngium, Dorycnium or Helianthemum were not affected by controlled burning, it had rather opened up space for them to spread.

The effect of winter-time fire to the soil was that the parts and sometimes most of the non-decomposed organic matter on the soil surface had burned. We did not however notice that the fire penetrated deeper into the soil and destroyed humus, as is regularly the case during summer-time fires.

This research proves that if we conduct controlled burn in the colder part of the year in strictly controlled conditions, it has a positive impact on the preservation of grassland habitats and the spread of plant species important for feeding the livestock and wild animals, as well as on flowering plants important for bees.

Facebook
Twitter
LinkedIn
Pinterest
E-MAIL
PrevPreviousConclusions of the Collaborative Council meetings – restoration, education and tourism
NextSustainable management and use of pastures – a visit to a good practice example on VelebitNext