Postcard from the roof of Croatia, the future Nature park of Dinara 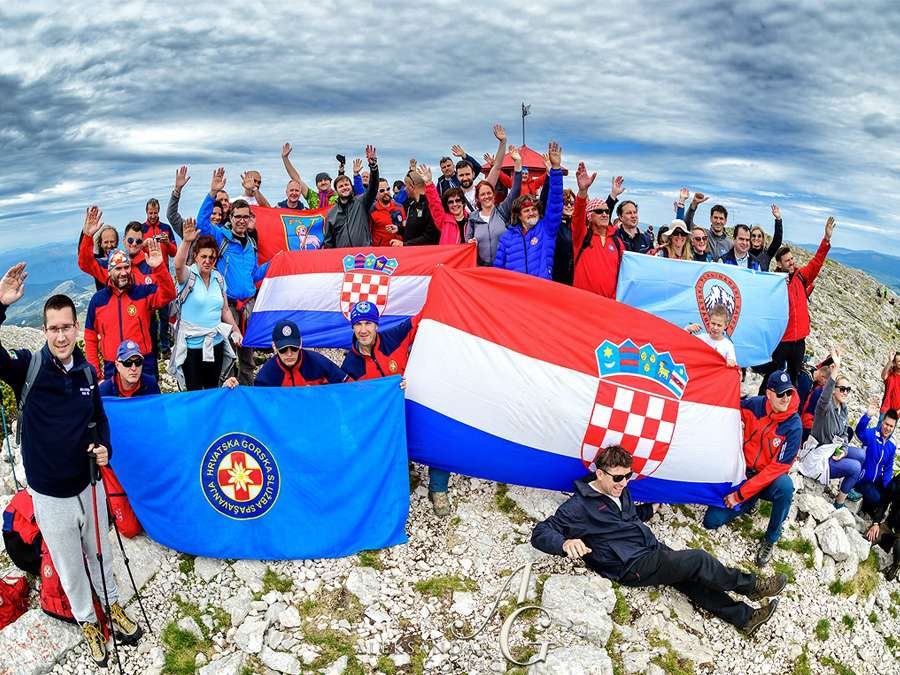 The Dinara mountain massif is a rich and significant habitat for flora and fauna. Due to its exceptional nature and ecological value, it is the part of the Natura 2000 ecological network which includes areas important for the conservation of endangered species and habitat types of the European Union. More than 87% of the area of future Dinara Nature Park is also the area of the Natura 2000 ecological network. In addition to valuable nature, important habitats for endangered plant and animal species and the internationally recognized phenomenon of Dinaric karst, on the Dinara is the highest peak of Croatia!

This year’s International Day for Biological Diversity with its slogan “Solutions are in nature” speaks in a special way about the importance of working together in harmony with nature and the role of biodiversity in sustainable development. In Croatia, Nature Protection Day is also celebrated on that day, and this year’s celebration was marked by the proclamation of the future twelfth nature park in Croatia – Nature Park “Dinara”.

Back to beginning, last Friday a public presentation od Dinara was held in Knin as part of a public inspection of the Law on the Proclamation of the Dinara Nature Park. The presentation was attended by the Minister of Environmental Protection and Energy Tomislav Ćorić, Šibenik-Knin County Prefect Goran Pauk, Split-Dalmatia County Prefect Blaženko Boban, Knin Mayor Marko Jelić and citizens, representatives of non-governmental organizations and other interested public. It is pointed out that the Law provides protection of 63,052 hectares in the Dinara area, including the Dinara massif (Dinara, Troglav and Kamešnica), the source and upper course of the Cetina River and karst fields (Hrvatačko, Paško and Vrličko) along the Cetina. Upon completion of the public inspection, the consultation and preparation of the law for adoption will follow, and one year after the entry into force of the law, the Dinara Nature Park Public Institution will be established.

“The Dinara Nature Park will be the 12th nature park in the Republic of Croatia and together with eight other national parks, we’ll complete one set of 20 such protected areas. With the proclamation of the Dinara as a nature park, the share of protected areas on Croatian land will increase from 12 percent to 13 percent, and under the European ecological Natura 2000 network, there will be an increase from 36.7 percent to 39 percent of the European Union’s territory. This clearly shows what these 63,000 hectares of newly protected area will mean for the total capacity of protected areas in Croatia and, ultimately, what it will mean for the future of biodiversity in Croatia,” said Minister Ćorić.

The next day, the Croatian Mountain Rescue Service organized a field trip to the Dinara and a climb to peak Dinara (1831 m). From the Samar meadow, about fifty experts in nature protection and nature lovers set off on foot towards the recently established mountaineering shelter “Zlatko Prgin”, and after a short break, in a relaxed and cheerful atmosphere, continued to conquer the highest peak of Croatia. Just an hour later, the crowd was bustling at the top, and smiling faces hinted that every step had paid off! The cameras tried to capture all the beautiful corners, and the eyes would like to remember every inch, absorb all the colors, grasp every kilometer in front of them in all directions: the mountains of Dalmatia, Troglav, Cetina and Livanjsko fields as well as Peruča Lake.

From the top, there is a photo which will remain as a memory of all the little people who love and live in Dinara in their own way. Gathering continued with the hosts in the mountain lodge “Brezovac”.

We are especially looking forward to the recognition of Dinara because we are aware of its nature resource. Thus, our project “Dinars back to LIFE” is a great opportunity to preserve the Dinaric grasslands and encourage their sustainable use.

Dinara fed so many families who reciprocated with respect and admiration, was and remained the center of life to hardworking and humble inhabitants. It is up to us to preserve Dinara in the future – starting from ourselves, with valuable projects needed for the whole community and the law – permanently in the honor and privilege of living with the Dinara.